One word keeps surfacing in my mind over the past several weeks as headlines reveal the latest stream of human rights and environmental atrocities undertaken by our own government. Empathy.

As I learn of children being separated from parents in the name of border control, presidential decrees opening all U.S. waters to offshore drilling, and the dismantling of the Endangered Species Act and Clean Water Act, I can’t help but wonder—what place does empathy have in our current society?

This word, coincidentally, popped up on a number of articles and videos I’ve seen recently. Obviously, I’m not the only person distraught both by these troubling media headlines and by people’s callous responses to them. Whatever the ultimate consequences of our current political leaders’ actions, they’ve certainly shone a spotlight on just how wide the spectrum of values is in our country, values that run much deeper than political views alone.

Fear Leads to the Dark Side

In a 2017 HuffPost piece titled I Don’t Know How To Explain To You That You Should Care About Other People, author Kayla Chadwick expressed this growing angst over a seemingly unbreachable moral divide among U.S. citizens:

“I don’t know how to convince someone how to experience the basic human emotion of empathy. I cannot have one more conversation with someone who is content to see millions of people suffer needlessly in exchange for a tax cut that statistically they’ll never see. Our disagreement is not merely political, but a fundamental divide on what it means to live in a society, how to be a good person, and why any of that matters.”

Chadwick implies that today’s conservative values reflect a lack of empathy for those in need (especially those outside your immediate family/ingroup), instead emphasizing one’s own financial wellbeing over others. While I agree it’s pretty obvious that the current Republican administration is driven by self-aggrandizement above all else, I don’t think it’s fair to attribute our country’s steady loss of empathy and compassion to one particular political party. To me, lack of empathy seems to correlate with a much more deeply rooted tendency that knows no political boundaries—greed.

Greed is closely allied with fear; i.e., the fear of losing possessions, losing power, and losing one’s sense of identity. “Our society is paralyzed by fear, making our compassion paralyzed,” says Dr. Joan Halifax, a medical anthropologist and Zen practitioner. Halifax argues that compassion is an inherent human quality, but stimulating this compassion often relies on activating specific conditions. 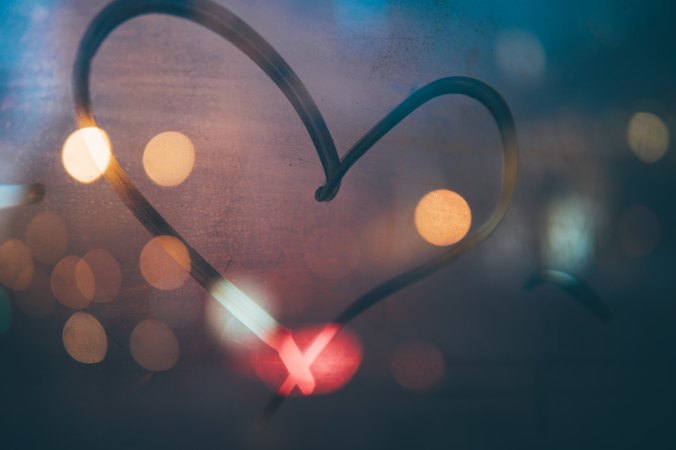 In other words, you can’t force someone to feel empathy. But what you may be able to do is provide the right enabling conditions that allow feelings of empathy and emotion to emerge. This concept of ‘compassion cultivation’ isn’t just the fancy of new-age healers and Buddhist monks. Plenty of scientific and medical studies have shown that feelings such as compassion, altruism, and empathy can be enhanced via specialized training—and that the results are beneficial to the individual as well as society at large.

Stanford University’s medical center, for example, has a Center for Compassion and Altruism Research and Education that hosts workshops and other specialized trainings that teach participants ‘how to train your mind to intentionally choose compassionate thoughts and actions and develop skills that help you relate to others—and yourself.’ Their courses, designed by clinical psychologists and researchers from Stanford, include lectures, discussions, meditations, breathing practices and more to help people reduce their anxiety and build their emotional resilience in professional and personal environments.

This type of self-introspection training stretches far back to ancient eastern philosophical traditions, including Vedic and Buddhist teachings, centered on compassion via mindfulness and equanimity – meaning that you can cultivate feelings of compassion by listening to your inner voice, strengthening intuition, remaining calm in the face of adversity, and being present in each moment.

In this era of runaway capitalism and blatant disregard for scientific consensus, what does it mean to be a scientist and a concerned citizen? Historically, being a credible scientist meant remaining objective and apolitical. But can scientists afford to stay disconnected from today’s critical ethical and moral crises? Or can they maintain credibility and perhaps even build more trust in science by engaging more fully in ethical and moral debates?

According to climate scientist Sarah Moffit in a recent interview with Grist Magazine, being a scientist and an advocate do not have to be mutually exclusive. “I think you can be both rigorous and objective and be human at the same time,” she says. “And I have come to a place where I’m no longer willing to divorce my humanity from the science that I have participated in and am stewarding.”

My goal is also to make us stop and think about the way our worldviews and cultures shape our assumptions about reality as much as (or more than) factual knowledge does, and how these assumptions often lead to misconceptions, fear, and prejudice. Many research studies have proven that our perception of ‘factual truth’ is shaped by our partisan beliefs and bias.

Even our ability to discern whether a statement is fact or opinion is based on whether we agree with the statement. The more we can reflect on our individual subjective experiences and how they affect our connection the world, the better we will be able to empathize with the views and experiences of others. We don’t have to share the exact same values to respect and empathize with others—we only need the capacity to be self-reflective and to engage in meaningful dialogue.

Science, philosophy, and intuition tell us that cultivating empathy and compassion is beneficial to our own health and wellbeing (including immunity, psychological health, and spiritual growth), that of our friends and family, and that of society as a whole. What greater reason could there be to emphasize these qualities in a time when they are needed perhaps more than ever?

IFYKYK. A momentous day - visiting the Western Flyer, resurrected from the salty depths to tell its tales of a bygone era of fishing, science, and exploration, soon to transport a new generation into the future. Restoration to it's original splendor (with some exciting upgrades) is nearly complete, thanks to the amazing @chaseboatbuilder and @westernflyerfoundation. John Steinbeck sailed on this ship with his dear friend, muse, and fellow raucous-maker Ed Ricketts to the Sea of Cortez. The book they wrote about the venture - an unparalleled exploration of science, philosophy, human nature, and culture, was Steinbeck's only co-authored work, and has become a bible of sorts for marine biology/philosophy wonks. Once the Western Flyer takes to the seas again, it will become a floating mecca for 'Ed Heads' and Steinbeck disciples. But it will also welcome aboard young students, artists, historians, and scientists of all ages and backgrounds to absorb the magic emanating from the Flyer's wooden heart and soul. What an honor for me and @buttercup.the.ocean.pup to take a peek behind the curtain at the astounding attention to accurate detail as this boat is restored to it's original 1937 splendor.
Who else feels guilty for taking time out to just have "fun"? ✋😅 Even when I know that being active and outdoors is important for mental and physical health, I still feel guilty sometimes going roller skating rather than working on more 'important' projects or problems. But we can only build resilience if we give ourselves space to feel joy, to relax into the moment, and to play. Whether it's dance, sport, music, or games, play is an important part of developing our inner strength of purpose. I'm still working on not having nagging thoughts about productivity pop up while I am in 'play' mode, but it's an ongoing practice. Who are we when we aren't 'doong' and just 'being'? There will always be more problems to solve, injustices to fight, and suffering to overcome. Can you, for a few moments, feel the joy of a moment where you give yourself permission to let go, to feed your soul, and open your heart? That's where lasting love flows from.
Nature's dichotomy of fragility and strength, order and anarchy, vitality and dissolution, all on display in a few acres of curated beauty. Sometimes all we can do is be present and bear witness to the fractals of paradox that buttress the cathedral of our universe. Do we really need suffering to understand peace, or darkness to appreciate light? Maybe. Or maybe those are the myths we tell ourselves because we will never fully understand the natural laws that define our reality. But just by living, we continually alter that reality. May we choose to cultivate a shared reality with the care and grace of a butterfly landing upon its source of nectar, and similarly spread the joy of that nectar to others. 🦋💖
Sweet dreams are made of this: learning how to communicate with another living being, how to work together, how to overcome fears and build each other's confidence. To feel the wind in our hair. To feel the sunshine on our faces. To fly across a field with no end goal other than to feel the rush of speed and strength and ancestral wildness. I have so much to learn. So much of life does not feel like a sweet dream; it feels hazy, anxious, or even scary or dark. But these sweet moments are ones that shine like jewels in the fog of my mind, guideposts to a life that knew bits of love, joy, excitement, growth, and connection.
Yeah....@jmatter1 you know what I'm talking about. Let's hope the flames finally burn down capitalism, burn down ego, burn down racism, burn down the Idiocracy of protecting power and profit over the lives of souls on this planet. I'm heaving breaths, too, Mrs. White. If anyone can tell me what we need to do, I'm all ears. I'm ready to tear down the vitriol and I'm ready to rebuild with love. I don't want to vote within a broken system. I want to envision a new system where representation is cherished and community is extended and human nature takes a profound turn away from fear and towards celebrating the awe of existence shared together. And hopefully where wit as brilliant as Madeline Kahn's helps keep us sane.
Here's to new (and old) beginnings. It's frustrating to have so little time to devote to the things in our life that bring us joy - and even more frustrating when we can't find joy in everything we do. I've been exhausted from caring for horses and cats 3 hours per day, plus a "normal" job and my own projects. It's left me little time or energy for skating, especially when I also want to reserve time for friends and rest. But how lucky am I to have all of these things in my life??